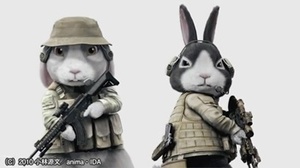 In my 20+ years of being a Pagan, I have met the most wonderful, inspiring people. I have also come across my fair share of people who seem to revel in trying to take other people down.  A lot of this, I’ve found, stems from the thinking that “you’re doing it wrong”.

For me, in anyone’s religion or spirituality, there is no right and wrong way of doing whatever inspires them, whatever heals their soul and whatever helps them to establish that connection with the songs of life.  I liken it to creating art, for it is an expression of one’s soul, one’s inspiration.  Would Da Vinci tell Jackson Pollack that he’s doing it wrong? Maybe, but both are equally an expression of the artist, both are equally art.  I must confess, I have in the past walked around art museums, seen a painting, and thought “I can do that – that’s not art”.  I’ve since seen the error of that thinking, and the divide that it creates.  Is a six-year old’s expression of a drawing of their mother any less worthy than a piece by Donatello? However, I digress.

The people that have inspired me have been those who have had the courage to follow their own path.  Figures in Druidry such as Emma Restall Orr (http://emmarestallorr.org) come to mind, people who couldn’t find what they needed to nourish their souls in what they found already existed, and so blended what mattered most to them with existing ideas, creating new ways of doing things.  Twenty years ago, Emma’s mud and blood approach to Druidry was unique, and she had her fair share of people telling her that she was “doing it wrong”, I’m sure.  Now, she is one of the most prolific writers and public figures in Druidry, inspiring millions with her approach, and making them find their own way through the forest.  It’s bloody marvellous.

I have seen some pagan groups or individuals put another group or individual down, because They Are Doing It Wrong.  Oftentimes as well, some pagans will use the term “fluffy bunny” to denigrate someone else’s path when it differs from theirs.  The fluffy bunny syndrome I find fascinating – not in the bunnies themselves, but in the way that people use this approach to make their path seem more valid.  Why on earth would anyone want to do such a thing?

A lot of this stems from the fact that assumptions are made about people. This is especially rife on the internet, where one can judge another without ever even meeting them in the flesh. These assumptions become rapid fire judgements, in which their path is better, their way of doing things holding a greater validity. This is expounded by the fact that they feel they are free assume and judge others in front of the watchful gaze of thousands.

Simply because one does not share the same opinion as you, doesn’t mean that theirs lacks validity.

I could equally assume that the people making such comments have deep-seated fears about their own path, or have had troubling experiences in the past that makes them lash out, that they lack self-esteem and this makes them feel better about themselves – but again, these are all assumptions.  We have no idea why people do the things they do. We cannot get inside people’s heads.  What we can do, however, is realise that everyone is on their own journey.

If someone wants to wear black from head to toe, cover themselves in tattoos and piercings and do ritual with the Sisters of Mercy playing in the background, then that’s brilliant – if it opens their soul to the experience and gives them what they need, the connection that is at the heart of all religions and spirituality, then let them do so without criticism and judgement. Equally, if someone wants to cover themselves in glitter and wear fairy wings, channelling white light energy into their hamster, Brutus, to clear his conjunctivitis alongside with the prescription drugs from the vet, then that is equally fabulous.  To each their own.  Remember The Rede – An it harm none, do what ye will.

I have recently been tagged into the “category” of “New Agers” looking for the next new and best spiritual thing.  It can be frustrating at first, being looked down the nose at by some people. It is also completely bemusing.  Comments such as these are always made by people who don’t know me personally.  Assumptions and judgements abound.  I have seen and experienced things that would make some people wet their pants.  I also *heart* faeries and unicorns.  Does that make what I do any less valid than anyone else? Does it make my way better? I don’t think so.

My Way Of Doing Things Is Better Than Yours has led to all sorts of horrific things; war and strife, racism and sexism, just to name a few.  Condemning other paths because they do not adhere to what you think is the right way of doing things is, quite frankly, a waste of time.

And so I salute all those who sing their soulsongs freely, and let their true selves shine through, whatever their path, inspiring others.  And I would also say, do not let others tell you what is the “correct” way of doing things.  Do not let others denigrate your path – let them say what they will, then smile, shrug, and keep going.  We all must walk our own paths, and no one else can do that for us.  Sure, there are plenty of people who can guide us along, and become great teachers – but be wary of those who tell you that you should trudge silently along the path when you feel you should dance, skip, or cartwheel.

I look forward to seeing you along the journey!

8 thoughts on “You Are Doing It Wrong…”