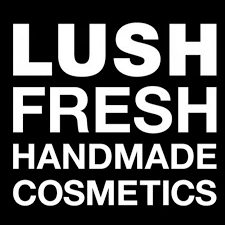 You may have heard of the backlash that Lush are currently suffering due to their most recent campaign, which highlights the invasion of privacy from a police squad set up by the government to spy on British activists. On Friday I read an article in the Guardian of how many on social media are taking to giving the company a one-star rating as a result. Lush are being heavily accused of being “anti-police”, which is absolutely ridiculous to anyone who actually reads the campaign article.  LUSH UK are not anti-police. They are simply defending basic human rights. (Read the essay, “Exposing the Spy Who Loved Me“.)

The media took the anti-police spin and ran away with it. The Home Secretary accused Lush of the same, and condemned them. Obviously, no one had read the literature. 30,000 one-star reviews suddenly appeared on Lush’s Facebook account overnight, by people both opposed to Lush and its campaigns, and also those who were previously Lush customers.

This whole episode greatly saddens me, that mob behaviour can act so rapidly, destructively and without thought even in today’s society. Former supporters of Lush who have rated them so poorly and slammed them in social media apparently do not realise that by doing so, they are only supporting those who would silence people and companies like Lush for speaking out. It would be far better to write a thoughtful letter to the company if you disagreed with a policy or a campaign, in order to enable a) dialogue and discussion, and b) a response direct from the company itself.

This form of behaviour on social media is, in my opinion, simply another form of bullying. It’s a different kind of bullying from the norm: it’s more a punishment for someone we may like or dislike, for acting in a certain way.  This punishment behaviour is becoming rampant in our society, and I think we really need to look at the reasons why.

When someone acts in a way that we disagree with, we can often wish to stop this behaviour as quickly as possible. I’m seeing a growing trend towards punishing those who don’t act in line with what we desire, lashing out on the easily accessible and rather faceless mass that is social media. One can do so without much repercussion, dialogue or thought. I worry that this behaviour will seep out into face to face interactions as well, where if someone is acting in a way that we disagree with, we will shut them down rather than engage respectfully and honourably with them. We need to be able to see the broader perspective in everything, and to allow someone else’s point of view into the discussion in order for it to not be denigrated into a mere life of solipsism.

But why is there this desire to punish someone who we think is acting out of line, or contrary to our desires? Who made us judge and jury of the world? What elevated power was bestowed upon us that we feel we have every right to punish those who do not agree with us, or whose opinion differs from our own? This is a question which I have pondered these last few days, and to which I’m still forming an answer. I am as guilty as others are of this behaviour in the past, and it’s been a real eye-opener into how to not continue down this path of destruction. When we feel hurt, we lash out and hurt back, creating a never-ending cycle of suffering. We have to break this cycle, somehow, but lately it seems that the odds can be overwhelmingly stacked against us, especially with the ease of social media’s rating system, pressure and bombardment with hashtags, the anonymity of those lashing out and a host of other factors.

It’s my personal opinion that what Lush do in all their campaigns is to be applauded. They are hard-working human and animal rights activists, as well as selling lovely products (some of which I find are far too expensive for a large majority of people, I must admit. Lush are not perfect, but then again, no one is). The fact that the Home Secretary spoke out against this campaign and jumped on that media-spin bandwagon so clearly seems to demonstrate to me the fear behind the exposure of the government’s creation and support of this squad that has invaded people’s privacy, destroyed lives and gone against some basic Human Rights. Lush has a very valid stake in speaking out against this, as many within the organisation are animal rights, women’s rights and human rights activists.  The fact that the government are encouraging this false perception makes me think that they are under pressure from their fox-hunting friends, to say the least.

I would very much like to see a world where intentional and thoughtful behaviour becomes the norm, rather than reactive and often damaging, crossing the line into bullying behaviour is actually quite acceptable. It’s far too easy to lash out, and cause a lot of damage to someone, especially on social media. People who have never shopped at Lush have bought into a false media spin, and severely reduced their ratings on social media. Surely this is an abuse of the system, for rating a company should be done by those who actually engage with and have used the company? Social media can be a wonderful tool, but it also has horrendous oversights that seriously need to be addressed.

Let’s not become judge, jury and executioner of those whom we disagree with. Let’s not seek to destroy someone for having a differing opinion. Instead, let’s engage in dialogue so that we can better understand each other. We don’t have to agree with each other, but we can at least step beyond our own limited perspective and allow for discussion, which may lead to understanding, to develop. Without dialogue, there can never be understanding, and without understanding, there can never be compassion. Let’s not see compassion fall by the wayside, in real life and in social media.

4 thoughts on “Policing or Punishing Lush?”